It goes without saying that when your career puts you in the public eye, you need professional images to represent yourself. The same goes for musicians. Depending on what genre, look, or feel they are going for; they need to have images to represent themselves.

Lou DeAdder realizes that importance, and decided to come to us for his last two album artwork and press images! We photographed the images for his two most recent albums; Acoustic Pathways and Personal Best.

Lou DeAdder is a Canadian signer, songwriter, and producer that has always held a fascination with music. He picked up his first guitar in grade 7, and by the age of 18 he made music a full time gig. After playing gigs in various bands covering many musical styles including R&B, blues, country, and rock. Lou decided to focus on just teaching guitar. After teaching for about 6 years, he decided if he wanted to achieve anything musically, this was the time to do it.

He wrote, recorded, and produced 10 of his own albums since 2004. We were lucky enough to photograph his last two amazing albums that he has put out independently. The images we made for Lou included the front and back album artwork, CD sticker, album sleeve, and case image. It’s always a treat to have him here in the studio as we get to hear him play some music during the shoot.

You can check out Lou’s official website here, and purchase any of his music here.

If you’re looking for a music photographer email us at info@photosthatwork.com

Photos that Work
After many years of working as photographers, Matthew out of Vancouver and myself out of Toronto our love of travel and photography brought us together 6 years ago while traveling the world as photographers on the high Seas. more
Recommended Posts
Recent Events
Get Started!

Copyright © 2019 photosthatwork.com.
All Rights Reserved
Photoworks
Based in Milton, On
Serving GTA 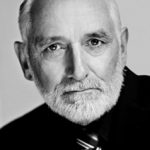 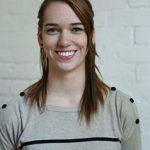