A few weeks ago we had a very special guest in the Studio…Santa Claus! Santa came by to visit with some very special children to see if they’ve been naughty or nice, and ask what they wanted for Christmas (and of course to take some photos).

The Santa sessions we offer are very unique in the sense that we are fortunate enough to have the one and only Santa Claus come in from the North Pole early, and that we can spend plenty of time with each family.

Personally, I was so excited to take on the role of Santa’s Elf for the day, especially since it was the one and only Santa! I could not help but feel jealous that I never had a special experience like this as a kid. My Santa photos were always waiting in a huge lineup at the mall, waiting for a photo with Santa, and getting rushed out before even getting the chance to tell him what I wanted for Christmas. This session was definitely nothing like the typical mall experience.

As the children entered the room Santa greeted them by name and asked how they were doing. The children were so amazed that Santa knew their names before even telling him them. Since some of the children have never met Santa before they were a little unsure of what to think of him. Luckily Santa is a seasoned expert and waited behind the tree for the little ones to warm up to him, by letting them play with their siblings and parents. Once they were a little more comfortable Santa would come and join the family for some photos. If the children were still a little unsure Santa would play with them, tell some Christmas stories and games, and even get them to name off all of his Reindeer.

Santa had a wide variety of visitors this year from newborn babies and up (and even a little dog). Some children brought Santa some lists and candy in hopes that he’d bring them what they want for Christmas this year. Overall, this year’s Santa session was a huge success for Santa, the children, parents, and for all of us at Photoworks.

Here are a few of the photographs from this years Santa Photos in the studio.

Photos that Work
After many years of working as photographers, Matthew out of Vancouver and myself out of Toronto our love of travel and photography brought us together 6 years ago while traveling the world as photographers on the high Seas. more
Recommended Posts
Recent Events
Get Started!

Copyright © 2019 photosthatwork.com.
All Rights Reserved
Photoworks
Based in Milton, On
Serving GTA 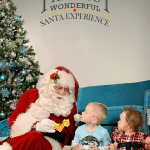 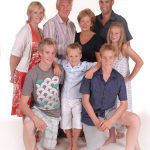